Marry the right person. This one decision will determine 90% of your happiness or misery. 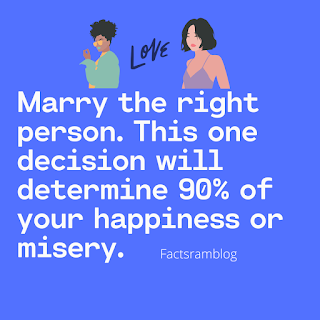 No comments:
Email ThisBlogThis!Share to TwitterShare to FacebookShare to Pinterest

Be brave to say goodbye 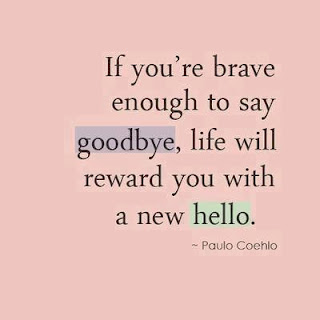 If you're brave enough to say goodbye, life will reward you with a new hello
No comments:
Email ThisBlogThis!Share to TwitterShare to FacebookShare to Pinterest

The chemical symbol for gold is Au, from the Latin aurum, which means 'shining dawn'.

Gold is bright yellow and has a high luster. Apart from copper it is the only non white colored metal. Gold's attractive warm colour has led to its widespread use in decoration.

As pure gold is very soft, it is often combined with other things when making jewelry.

Gold can cause allergies on the skin. This allergy affects more women than men.

Gold can be made into thread and used in embroidery.

Mixing of copper creates pink and rose tones in gold. The more the copper, the deeper will be the effect.

The first discovery of gold in the United States was at the Reed Gold Mine near Georgeville, North Carolina in 1803. 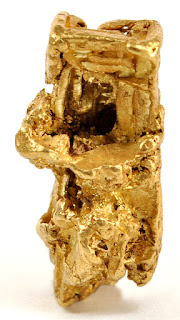 Some cars use gold for heat dissipation.

Purity of gold is measured in Carats. A carat was originally a unit of mass based on the carob seed used by ancient merchants.

Great achievements are often rewarded with gold such as gold medals in the Olympic Games.

In 1968, gold was made the official state mineral of Alaska.

Throughout history, gold coins were often used as money. These have largely been replaced by paper money.

India is the largest consumer of gold.
No comments:
Email ThisBlogThis!Share to TwitterShare to FacebookShare to Pinterest
Older Posts Home
Subscribe to: Posts (Atom)