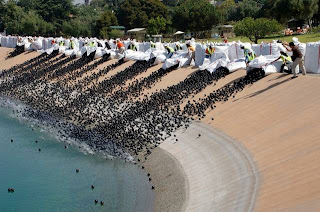 The Department of Water and Power workers in Los Angeles, as well as local officials and community activists opened a white tub from where they poured 400,000 black colored balls into the water. So, the question is: was this an artwork, some kind of statement or attempt to pollute the water? The answer on all fronts is no – absolutely and categorically no. In fact, it is an action intended to protect the quality of L.A. drinking water and preventing it from becoming a health hazard. The water needs to be protected and in the shade because of its composition of bromate and chlorine – if exposed to large amounts of sunlight, it could cause a chemical reaction and in high levels can cause cancer. Last year, abnormally high levels of bromide were signaled, but specialists claimed that danger levels were low because people had to drink the water for a lifetime - even so, the chances of contracting cancer were minimal.
After the discovery of bromate, officials began to search for a method to shade the Ivanhoe and Elysian Reservoirs, but all suggested options would need time and a helluva lot of money. Instead, local government followed the advice of a DWP biologist who came with the idea to use these black plastic balls you see in the pictures. 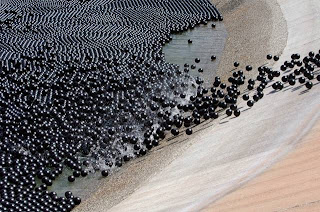 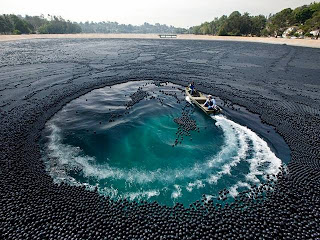 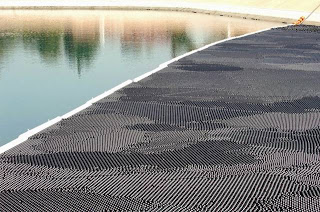 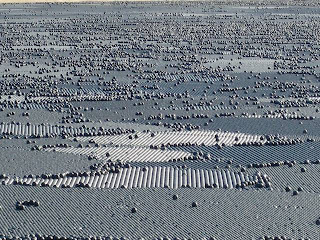 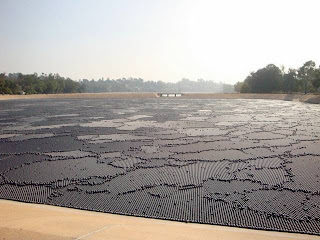