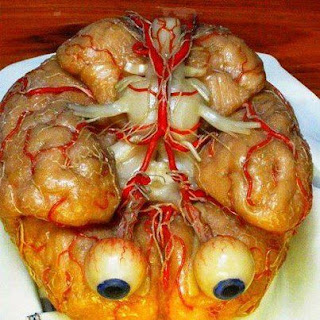 
It’s good if you re-examine the little habits that you think is simple but have negative impact on your brain, those habits are:

1. Do Not Want Breakfast

Many people underestimate the breakfast. And do not consume anything in the morning and caused the decline in blood sugar levels. This resulted in a lack of input of nutrients to the brain which finally ended in the decline of the brain. The best breakfast in the morning is not a heavy foods such as special burger, but a glass of water and a glass of fresh fruit juice is enough. Compact and useful for the body!

Too much to eat harden the blood vessel of the brain that usually leads to the decline of mental powers. So eat a normal portion. Familiarize yourself with how to help stop eating before you’re stuffed.

If the cigarette has a lot of bad effects, everyone would already know. And there’s one more bad effects of cigarettes that were uncovered here. Smoking was very frightening effect on the brain! Imagine, the human brain can gradually shrink and eventually loses its functions as diligent suck it smoky. No doubt the old time when even young ones, we are prone to Alzheimer (Alzheimer is a dementia disease).

4. Consuming Too Much Sugar

Too much sugar intake will prevent the absorption of protein and nutrients that makes the body get malnutrition and disrupted brain development. Therefore, reduce the consumption of your favorite sweets.

The brain is part of the body absorbs the most air. Too long in the environment by polluting the air makes the brain works inefficiently.

Sleep gives the brain a chance to rest. Often neglect to sleep makes the brain cells to die from exhaustion. But do not get too much sleep because it can make you become lazy and slow. Should sleep 6-8 hours a day for healthy and fit.

Sleeping with the head covered is a bad habit that is very dangerous because the carbon dioxide produced during sleep makes the brain concentrated with pollutant. Do not be surprised if over time the brain becomes damaged.

8. Thinking Too Hard When sick

Working hard or studying when the body condition is not fit also makes the ineffectiveness of the brain. Already know You are not healthy, you should rest and not impose your brain.

Thinking is the best way to train the brain works. Less thought would make the brain shrink and ultimately does not work optimally. Diligent reading, listening to music and playing (chess, Scrabble, etc.) will make your brain used to think actively and creatively.

Intellectual conversations usually take a good effect on the brain. So do not be too proud to be quiet. Quality Chat is very good for your health.
Email ThisBlogThis!Share to TwitterShare to FacebookShare to Pinterest