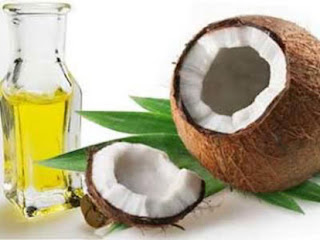 Coconut oil attacks the bacteria behind tooth decay and could be used in dental care products, according to research.Scientists found that coconut oil which had been treated with enzymes stopped the growth of Streptococcus bacteria - a major cause of tooth decay.

sted the impact of coconut oil, vegetable oil and olive oil in their natural states and when treated with enzymes, in a process similar to digestion.The oils were then tested against Streptococcus bacteria which are common inhabitants of the mouth.

Only the enzyme-modified coconut oil showed an ability to inhibit the growth of most strains of the bacteria.It also attacked Streptococcus mutans, an acid-producing bacterium which is a major cause of tooth decay.
...
REFRENCE:
1-Dr Damien Brady ,Athlone Institute of Technology..
2-Journal of the American Dietetic Association
—
Email ThisBlogThis!Share to TwitterShare to FacebookShare to Pinterest