A magnetic method of killing cancer cells has been developed by scientists in South Korea. 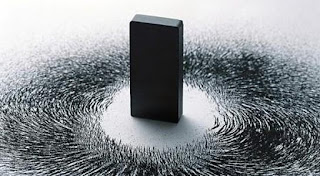 KOREAN SCIENTISTS SUCCESSFULLY KILL CANCER WITH MAGNETSA magnetic method of killing cancer cells has been developed by scientists in South Korea.The technique uses a magnetic field to flip a “self-destruct” switch in tumours.


Scientists used a magnetic field to get cancer cells to actually self-destruct. The body removes old, defective, and infected cells through the process of programmed cell death (PCD), or apoptosis. In apoptosis, the rejected cell responds to certain signals sent by the body by fragmenting. Immune cells then consume these fragments. The magnets help trigger apoptosis. When apoptosis fails, however, rejected cells divide uncontrollably, developing tumors.

Professor Jinwoo Cheon of Yonsei University in Seoul and a team of scientists conducted experiments with researchers, they have demonstrated that the process works in bowel cancer cells and living laboratory fish. Programmed cell death, or apoptosis, is one of the body’s ways of getting rid of old, faulty or infected cells.

The magnetic therapy involves creating tiny iron nanoparticles attached to antibodies which bind to “receptor” molecules on tumour cells. When the magnetic field is applied, the molecules cluster together, automatically triggering the “death signal” that sets off apoptosis.

In laboratory experiments, bowel cancer cells were exposed to the nanoparticles and placed between two magnets. The cells were designed to light up green to signal that apoptopic clustering was taking place.

More than half the exposed cells were destroyed by magnetic activation, whereas no untreated cells were affected. In another experiment, magnetically-induced apoptosis in zebra fish caused the creatures to grow abnormal tails.
Email ThisBlogThis!Share to TwitterShare to FacebookShare to Pinterest