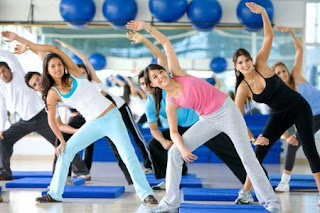 A new study has found that aerobic exercise is the best bet when it comes to losing that dreaded belly fat.

Belly or abdominal fat - known in scientific communities as visceral fat and liver fat - is located deep within the abdominal cavity and fills the spaces between internal organs. It's been associated with increased risk for heart disease, diabetes, and certain kinds of cancer.


"When it comes to increased health risks, where fat is deposited in the body is more important than how much fat you have," said Duke exercise physiologist Cris Slentz, Ph.D., lead author of the study published in the American journal of Physiology.


"Our study sought to identify the most effective form of exercise to get rid of that unhealthy fat," he added.


When Duke University Medical Center researchers conducted a head-to-head comparison of aerobic exercise, resistance training, and a combination of the two, they found aerobic exercise to be the most efficient and most effective way to lose the belly fat that's most damaging to your health.


"But if you are overweight, which two thirds of the population is, and you want to lose belly fat, aerobic exercise is the better choice because it burns more calories," he added.