Did you know that some dinosaurs were as small as a hen? 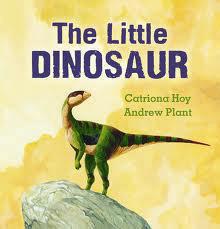 Did you know that some dinosaurs were as small as a hen???!!!,
But the typical dinosaur weighed about as much as a hippopotamus or an elephant or a rhino.

Instead of chewing their food, some sauropods ground their food between stones in a portion of the digestive tract, much like the gizzard of a modern bird.

Some dinosaurs spent time in the water, but no dinosaur could swim very well.

Dinosaur bones have been found on all of the continents, but the fossil record is most complete in North America and Asia.

Dinosaurs had tiny (or completely absent) outside fingers and toes.

Small, two-legged dinosaurs could turn rapidly by swinging their tail abruptly in a direction opposite to where they wished to turn.

Some dinosaurs had feathers.

Gobi desert has alot of dinasaur eggs and fossils

Velociraptor was probably very fierce. A fossil found in Utah, shows its claws may have been up to 15 inches in length--as long as a three-year-old child's arm. These claws formed very effective hooks with which to hold prey.

Tracks left in the mud by dinosaurs provide clues as to how quickly they moved. By measuring the distance between footprints, experts have worked out that some dinosaurs could have reached speeds up to 25 mph.

Scientists in Argentina, South America, claim to have found the world's oldest dinosaur. This creature, called Herrarasaurus, is said to be 230 million years old.

Dinosaurs sometimes had accidents!
Quite a few fossil bones have been found with factures in them.

Scientists aren not sure what color dinosaurs were. Some think dinosaurs might have been as colorful as many birds are today.

In 1902, part of a huge skeleton was uncovered in Montana. Later, another was found in Wyoming. From these bones the American paleontologist Henry Fairfield Osborn drew up the first pictures of this giant creature. He named it Tyrannosaurus Rex (meaning "king of the tyrant reptiles") because it was the biggest meat-eating dinosaur then known to have lived on Earth.

Brachiosaurus was one of the largest dinosaurs. It was 25m long and weighed about 80 tons. Brachiosaurus means "arm-lizard".

T-Rex was one of the the biggest and strongest dinosaurs. Tyrannosaurus Rex had two very strong legs and walked upright. He was about 20 feet high and 40 feet long. Each foot had three toes with claws. He had a huge head and very sharp dagger-like teeth. He was Carnivorous.

The term dinosaur (terrible lizard) was coined by the English anatomist Sir Richard Owen in 1842.

No one knows the reason of the extinction of dinosaurs for sure. Researchers have different point of vies about it, none of which has been proved till now
Email ThisBlogThis!Share to TwitterShare to FacebookShare to Pinterest
Newer Post Older Post Home