who invented maps & in which year? 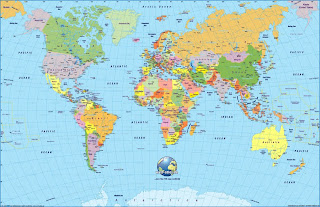 Anaximander, a Greek philosopher from Miletus who lived during the first half of the 6th century B.C., is credited with making the first map of the known world around 540 B.C. He also invented a type of sun dial.


The Chinese were the very first in the world to make a world map. From memory the year was 1421 when many Chinese vessels left China to sail all around the world- even to the Arctic, and Antarctic.


All Europeans and other explorers used Chinese maps when available to find their way around the world. Of course there were always unknown or unexplored areas and it was also the world as they knew or believed it to be. Mercator also made a map of the world
Email ThisBlogThis!Share to TwitterShare to FacebookShare to Pinterest
Newer Post Older Post Home