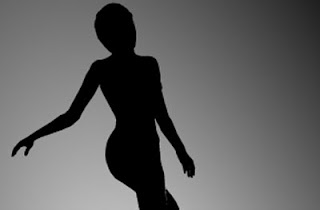 Scientists in Wurzburg performed several experiments that proved that the movement of the clockwise affects our behavior. Study participants were offered different kinds of candy - from the standard, with flavors of apple, lemon and cherry, to the unusual, the taste of watermelon, papaya, or popcorn.

To be able to realize about what that taste is it, respondents first had to turn the plate - either the left or right, depending on which group they are. It turns out that those who were turning a plate in a clockwise direction more often chose unusual, new tastes, while those who had turned in the opposite direction are the ones who choose trusted, familiar taste.

Conclusion: Turning to the right side encourages openness to new, while turning to the left reminds us of what we know and what gives us a sense of security.

Subconsciously connecting clockwise with the willingness to try something new automatic and without the knowledge of the respondents had an impact on their decision.

In the second experiment, subjects were asked to turn the lever and thereby describe their interests and views of the world: whether they are open to everything new, tolerant and creative, or prefer to keep the traditional and conservative values.

It turned out that the lever in the direction of rotation clockwise contributions to be more open and creative, and can quickly change the conscious attitude of a man and his opinion of himself.

The study results are interesting for a market research as well. Rotating door at most department stores are turning in the direction opposite to clockwise, which is why consumers behave conservatively, say psychologists.

Changing direction could stimulate their curiosity and lead them to buy new products. In support of this theory is the fact the wheels of fortune, and roulette in the casinos always rotate in the direction of clockwise, so visitors are more willing to take risks.