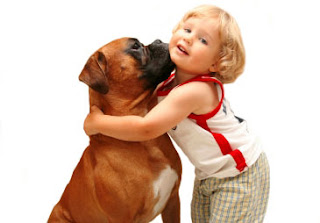 New research of the universities in Michigan, says that people who have dogs as pets have better health than people without dogs.

Research has shown that dog owners must be much more likely to walk or even run, which in turn improves their health. Walking their pets on average takes 30 minutes a day, which during the week meets the recommended level of at least 150 minutes of activity per week, according Topnews.us.

Also, it was found that dog owners on average longer persist in physical activity and less of them quit. Doctor Matt Reeves from the University of Michigan said that there is no magic formula for persistence, but owning a dog certainly affect the positive results.
Email ThisBlogThis!Share to TwitterShare to FacebookShare to Pinterest
Newer Post Older Post Home