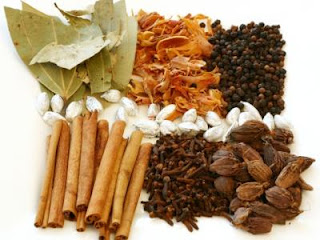 When it comes to spices, almost every kitchen has a lot of them. A large number of people is lead by the rule "six months" - changing the complete spices every six months - but it seems that it is too early. Besides, spices are not exactly cheap.

How much and which spice can endure?
* Gound spices (nutmeg, cinnamon, turmeric): 2-3 years
* Grasses and herbs (oregano, parsley, basil): 1-3 years
* Seasonal mix of spices: 1-2 years
* Complete spices (peppercorns, cinnamon sticks, cloves): 4 years
* Seeds: 4 years (except in the case of sesame and poppy seeds should be replaced at the latest after two years)
* Extracts: 4 years (except vanilla extract which takes forever)

Spices do not spoil so easily, especially if you keep them in a dry and dark place in airtight containers. If you doubt, check them by smell. If it smells intensely, it's good.

Some spices, such as poppy seeds, chili peppers, sesame seeds and red peppers can be kept refrigerated to remain fresh for a long time and be of intense colors. Do not make second thoughts whether to replace the spices or not - from the ones of poor quality you have nothing to gain.