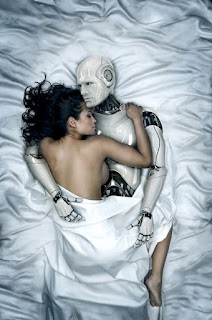 In the future we will have the option of carrying electronic devices on our skin that can capture the signals of our nervous during sex composition and allow us later to repeat again that perceptible experience, says futurologist Ian Pearson.

Pearson describes the future (around the 2030. year), in which sensors will be sophisticated enough to detect and map the collection of certain incentives that create sensual experiences - whether someone is shaking hands with you, hug you or make love with you, as the Wired magazine reported.

The idea is that by stimulating the nervous band in full in the same way - the appropriate pressure, heat and motion - can recreate the experience. People could use this kind of technology when they are separated from their partners or, what is more likely, when they do not have a partner.

Moreover, Pearson believes that in the future we will be able to implant a chip in the brain that could be able to recreate the sensations. He explained that it could be as easy as pressing Ctrl+Shift+O for an orgasm.

If you have the ability to map and record feelings, then you can separate them from physical activity. This means that you could experience the feeling of having sex just by touching a device.

It's like in the words of Morpheus from the Matrix movie trilogy: If you're talking about what you can feel, what you can smell, what you can taste and see, then real is simply electrical signals interpreted by your brain.

But Pearson has warned that if we lose the connection between physical activity and pleasure, we can completely forget about the side that refers to loving relationships.

Pearson will speak abut the future of sex, a sleep, and play at the If conference , which is held at the Royal Geographical Society in London.