How To Deal With A Controlling Husband 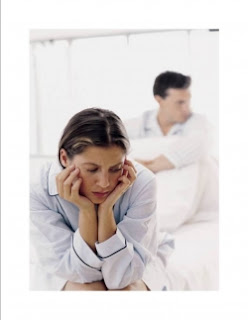 You did not intend to, but now stuck with a controlling husband. This can happen to any woman, so do not blame yourself for what is going on—some men are really good at hiding their true character when dating. Their true self always comes out later on after you have gotten married. Realizing your husband is the controlling type can enable you to help before his behavior escalates and forces you to divorce him. The following are the signs of a controlling spouse:

Jealousy and monitoring: Is he always suspicious of whom you are talking to and tries to find out all the people you talk to or go to see? This is a sign he is controlling. A controlling partner will make you account for all the things you do and all the money you spend so as ascertain that you acted exactly how you said you will.
Isolation: Your spouse might keep you away from your family and friends or stop you from attending social functions. He might do this by insulting you friends and relatives, calling them names or even getting angry when you mention them to him so you avoid seeing them to appease him. Alternatively, if you are the strong-headed person, he might physically abuse you if you insist on going, putting an end to your stepping out of the house because you do not want anyone seeing your bruises or black eye.

Financial control: Has he decided to put himself in charge of all your finances? Well he is trying to keep you under his control as you will have to ask him for money in order to do whatever you want and if says no, you cannot be able to defy him. He will make you account for every dollar you spend and get agitated if you bought things he does not deem worthy without even first finding out why you bought them. More so, he may even stop you from working so as to have a better hold on you.

Violence and threats: If he is a controlling husband, he might use threats or physical violence to put you in check. He could threaten to divorce you and take your children, threaten to commit suicide, or he may hit you when you refuse which is a way of controlling you as well as abuse to you. Some husbands even force their wives to engage in sexual activities the wives are not interested in. If he does this to you, then, he’s definitely controlling.
How to deal with your husband?
It’s hard to deal a controlling person because, in most cases, he feels you are the controlling one, not him. Bringing up the subject can take a while and a lot of understanding. Here is how you should deal with a controlling husband:

Talk to him calmly and bring up situations which show how controlling he is. If he tries to interrupt, which in most cases is a sure thing, calmly tell him it’s your turn to talk and his turn will come after you are done with what you have to say. Opening him up to his vice is a good way of ensuring that he will try to change if he sees how much he was hurting you.

You may consider going for therapy or counseling so a professional will help him to see how damaging his behavior is to you and the children, if you a have any. It’s much easier for the controlling partner to believe a third party than you because he might think you are picking on him or trying to shift the blame. If the behavior is too much for you to deal with, you could ask for a divorce, especially if he is violent. If he is violent, you need to protect yourself as he might eventually kill you with his violent ways. Get a good lawyer so your children are put in your custody. This will prevent your ex from taking it out on them.

With the above information about the signs of a controlling husband and how to deal him, I hope you are able to tackle the problem at an early stage if your spouse is controlling and be able to have a successful relationship.