How To Deal With Teenager Drinking Alcohol 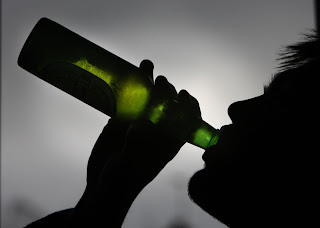 How To Deal With Teenager Drinking Alcohol - The legal age for alcohol consumption in the UK is eighteen but almost all teenagers have their first drink well before this time.

Alcohol has become an instinct part of our society and some would even say a fundamental part of growing up. However, we must remember that alcohol is still a potent drug and if misused can lead to a bottomless pit of problems.

Dealing with alcohol can be one of the hardest tasks you'll face as a parent. It’s vitally important to address the issue in the right manner, as we shall now see...

Confrontation isn't the answer
Nine times out of ten, shouting at a teenager will not make them do what you want. Addressing teenage drinking with anger is counterproductive. You must always stay calm to communicate effectively. If you’re worried about your son or daughter’s drinking, tell them how you feel. Explain why you’re concerned, and try to treat them like an adult, even if they're not necessarily acting like one.

Listen
Laying down rules and regulations isn't the way to get through to a teenager. You have to listen to what they have to say and try to reach a compromise.

Be realistic
Essentially you can’t stop your son or daughter from drinking, and once they get to seventeen or eighteen you really should’t try to. Experimenting with alcohol is part of growing up. If you try to ban it, you’ll probably just encourage your child to do it even more. A more sensible approach is to educate your child about alcohol and the dangers it sometimes presents.

Education is the key
One of your main roles as a parent is to impart your life knowledge to your child. Explain all aspects of alcohol and drinking to them - everything from the dangers of drink driving to avoiding having your drink spiked. Information and awareness are the most effective tools to keep your child safe when it comes to alcohol. Make sure you use them.
Email ThisBlogThis!Share to TwitterShare to FacebookShare to Pinterest
Newer Post Older Post Home