Interesting facts about our body


We are introducing to you the ten proven scientifically interesting thing about the human body that you may have never knew. 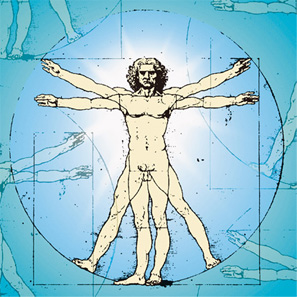 1. The human body shines in the darkness
In Japan, researchers have succeeded with more sensitive cameras to detect that human body shines. They found that our bodies emit very small amounts of light. This light is so small that a human does not register them. While this is long been known that all living things produce a small amount of light as a result of chemical reactions in the body. Now scientists in Japan for the first time in the world are managed to prove that and to record this phenomenon.

3. You are sleepy at work and same goes for your body
Nap for 20 minutes can improve the overall alertness, boost mood and increase productivity as brings a research and author of The Art of naps at work, William Anthony, said that the positive impact of short sleep may last for several hours.

4. The human body is higher in the morning than in the evening
This you may know or may not but it still sound strange and interesting. What is giving you extra height in the morning is the amount of fluid between the discs of the spine that is renewed during the night while we sleep.

5. Orgasm causes sneezing
Some men feel a headache after ejaculation, while some of them sometimes start to sneeze. Greater activity in the nervous system of human body can be blamed for headaches, while for the sneezing after orgasm is responsibility the brain center. The speed of sneezes can reach up to 100km per hour and more. The record was 160km per hour.

6. Our tongue has an original print
If you did not know, like our fingerprints, a tongue is different from person to person. Due to the uniqueness of form and texture of each physiological tongue, it is very important for example in determining the identity of a person.

9. Posture of our body has an impact on our memory
One study that was dealt and studied memory in humans has revealed that people remember better when something happened if they stand in a position where they were at the time of that happening.

10. Blondes have more hair than others
There is a lot of jokes about blonde girls, however one study found that blondes have more hair then other girls. Hair color for example revealed a completely different investigation, determine the density of hair. The average human hair has a hundred thousand root hairs, each of which can produce twenty individual hairs while the whole of human life. While blondes have on average 146 thousand follicles while people with black hair have about 110 thousand follicles. The least dense hair have a redhead people, less than 100 thousand follicles.
Email ThisBlogThis!Share to TwitterShare to FacebookShare to Pinterest
Newer Post Older Post Home