Symptoms of Depression in Children You Need to Look Out For 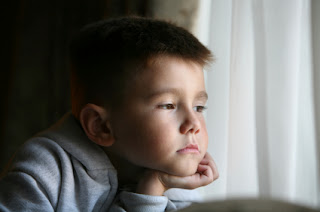 Since, sometimes children see and interpret the world around them in an uninformed way, as this might be their first time, and learn things from what they see. The first symptoms of depression in children can be observed when they start to show negativity in their behavior, or do not prefer mingling with fellow children and withdraw. Here is more about the symptoms of depression in children that you need to look out for and should be aware of.

Psychological Symptoms
Sadness and Negativity
The child might be found to be sad or moody most of the time. This is because of the negative feelings pent up in the child; they tend to think of themselves as undeserving or worthless, are easily offended, tearful, and feeling of guilt.

Withdrawal
Withdrawal is the most common symptom of any one who is depressed. When they see themselves in a lower light than others or find themselves inadequate, they tend to withdraw. Most children tend to skip school, do not play or mingle with other kids, and usually tend to find isolated places to sit and think.

Decrease in Mental Abilities
Other depression symptoms in children include, mental abilities, such as being able to concentrate, focus, learn and remember, being slow and in decreased amounts. This might also show as a physical symptom, as they speak in low, slow, and timid voice, and even their physical reflexes reflect lack of energy and vigor. They might also lose interest in the activities that they were once interested in.

Physical Symptoms
Irregular Sleep
There will also be changes in the sleeping patterns of the child. They might sleep often, at irregular times, or find it difficult to sleep during nights. Their sleep might be disturbed with recurring nightmares or irrational fears of being lost or abandoned. They also tend to become over dependent on the parent close to them, and try to cling on to them.

Changes in Appetite
The changes in appetite are different in different children. Some might find themselves with decreased appetite, or disinterest in food, while others overeat. This often leads to weight loss or weight gain, and decrease in energy levels. With a positive approach towards the problem, and encouraging the child to come out of their depression can help cure the symptoms. The symptoms of depression in children are usually psychological problems, but, if you feel that there is a much deeper problem, consult a psychiatrist for proper diagnosis and treatment.