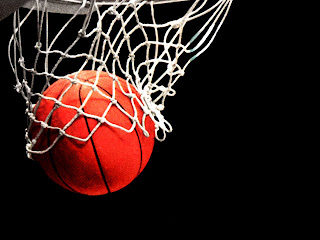 Fact 1:
In the very beginning the color of the basketball was brown, but later it was changed into a brighter color; that is orange.

Fact 2:
The first basketball game took place in 1982, where the court was half the size of today's courts, and only one point was scored during the match.

Fact 4:
Basketball was first played by a soccer ball untill it was changed in 1929.

Fact 5:
Michael Jordan is considered one of the best basketball players around the world. The record score of 5,987 made him a legend in the world of basketball.

Fact 6:
The reason why a backboard was added is because the audience in the balcony used to interfere in the game by handling the ball.

Fact 8:
The first hoop was like a peach with a bottom and every time a team scores, the referee would climb a ladder to get the ball.

Fact 9:
Women's basketball began in 1892, and some rules were modified to fit women.