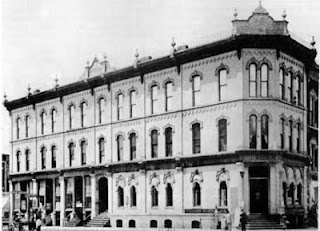 Amedeo Giannini started the Bank of Italy in a converted saloon in San Francisco at October 17, 1904. On the first day, 28 deposits totaled $8,780. When an earthquake struck in 1907, he ran his bank from a plank in the street. Word quickly spread about his service and by 1916 he had several branches. By 1929, the bank was strong enough to withstand the Great Depression stock crash. Giannini changed the name to Bank of America in 1928 and remained chairman until 1963. The Bank of America would become one of the largest banking institutions in the world but by 2008, due to poor management, had to receive government bailout. The Bank of Italy in Italy was created in 1893 through the merger of 3 of the 6 banks at the time: Banca Nazionale nel Regno d’Italia and 2 Tuscan banks. The Bank of England was founded by William Patterson after King William III of England found himself badly in need of funds to fight a war with France in 1694. Patterson provided the funds after the king agreed to order all the goldsmiths of London to stop issuing receipts as depositories for precious metals, forcing merchants to store their gold with the new bank. The Bank of England was finally authorized in 1946 and to this day remains as an institution mainly to the benefit of the rich.
Email ThisBlogThis!Share to TwitterShare to FacebookShare to Pinterest
Newer Post Older Post Home