The true identity of Mona Lisa 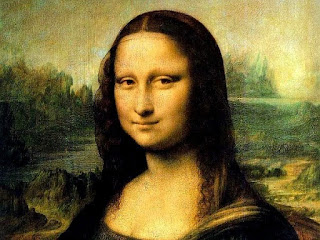 Italian art historian has solved a real mystery of The Da Vinci Code by identifying the bridge in the background of the Mona Lisa painting. Last month, more of world media were transferred that a series of numbers and letters was found in the Mona Lisa eyes and also on the bridge that Leonardo Da Vinci painted behind her left shoulder. Now, historian Carlo Glori identified the bridge as one that lies on the river Trebbia Bobbio in place near the town of Piacenza. At the same bridge, if the picture is digitally enlarged, there is also visible a number 72, as writes the Daily Mail.

Glory claim that she is certain that the woman in the painting (Mona Lisa) was Giovanna Bianca Sforza, daughter of Ludovico il Moro, who lived 500 years ago and who ruled Bobbio. Furthermore, the letters were found in the eyes of the Mona Lisa, are supposedly the letters 'S' and 'G' or the initials of this woman. Bridge that was identified, and that has been rebuilt, was collapsed by the river in 1472, and probably therefore is the number 72 on it.

Da Vinci has created the image from the memory at the time of his visit.

'Based on our researches, I identified the person fro, the image as Gionvanu Sforza and the bridge in the background, as one who crosses the river Trebie in Bobbio, "said Glory. She pointed out that 500 years ago Bobbio was the center of culture and famous for its library, and it was a big crossroad.

'Da Vinci was probably visited Bobbio because of its famous library, a picture was probably made a few years later, on the basis of his memory, probably while he was living in France, concluded the Glory, adding that many details of the background of images, motifs and reality , which can be found today, like a curvy road in the background, which can still be found in Bobbio.