Tomas Cloma - the man who "discovered" the Spratly Islands 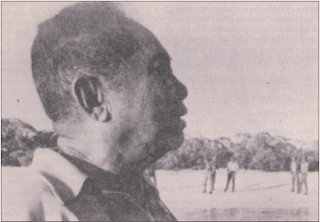 Tomas Cloma - the man who "discovered" the Spratly IslandsTomás Cloma y Arbolente (18 September 1904–1996) was a Filipino lawyer and businessman from the province of Bohol. Cloma was born in Panglao to Ciriaco Cloma, a Spanish settler, and Irena Arbolente, a native of Bohol. In 1947, Cloma, a Filipino adventurer and a fishing magnate, found several uninhabited and unoccupied groups of islands/

islets in the South China Sea. This forms part of the bases for justification of Spratly islands territorial claims by the Philippines, along with basis from 1982 UNCLOS archipelagic doctrine. Cloma, owner of a fishing fleet and a private maritime training institute, the Philippine Maritime Institute (PMI Colleges), aspired to open a cannery and develop guano deposits in the Spratlys. It was principally for economic reasons, therefore, that he "discovered" and claimed islands in the Spratlys.

On May 11, 1956, together with 40 men, Cloma took formal possession of the islands, lying some 380 miles west of the southern end of Palawan and named it Freedomland. Four days later, on May 15, 1956, Cloma issued and posted copies of his "Notice to the Whole World" on each of the islands as a decisive manifestation of unwavering claim over the territory. On May 31, 1956, Cloma declared the establishment of the "Free Territory of Freedomland", ten days after he sent his second representation to the Secretary of Foreign Affairs, informing the latter that the territory claimed was named Freedomland. On July 6, 1956, Cloma declared to the whole world his claim and the establishment of a separate government for the Free Territory of Freedomland with its capital on Flat Island (Patag Island). Cloma introduced a distinction between his Freedomland and the Spratlys further west. This distinction later became part of the Philippines foreign policy. This distinction was never fully clarified. It seems that "Freedomland" encompasses most of what others call the Spratly Islands, but not Spratly Island itself, nor the banks and reefs lying to the west of it.

Cloma's declaration was met with hostile reactions from several neighboring countries, especially the Republic of China. On September 24, 1956 the ROC reoccupied nearby Itu Aba Island (also known as Taiping Island), which it had abandoned in 1950, and intercepted Cloma’s men and vessels found within its immediate waters. The People's Republic of China also restated its own claim.

In the 1970s, after being jailed by President Ferdinand Marcos for being popularly called "Admiral," Cloma ceded his claim to the Philippine government for one peso.