What lies behind a smile 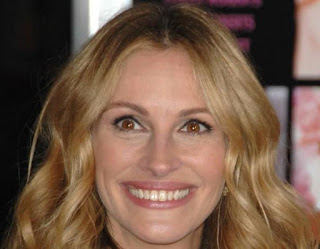 Not all is as it seems like, not even some smiles, when someone smiles to us it uncover our soul, but it's not always like that. Just read this and see why.

When someone smiles, bad mood is forgotten, apologies were accepted, gets confidence boost, the job is better, but may also create a physical attraction. Understanding the nuances is helping you to ensure the correctness of messages sent by a smile.

DO NOT BELIEVE YOUR EYES
Ironically, a smile can express contempt. Bullies may wish you to note their joy when you realize their evil intentions. The result is a disconnect between the conscious and the external expression of internal feelings. Once disconnection may be unconscious, the result of oppression. A person may be heard as a child that negative feelings should not be shown, even the slightest hint of anger they're hiding with a smile.

THE MOST POWERFUL EXPRESSION
Even short-term smile has the ability to scratch into the subconscious of the person who sees the positive changes initiated from within. For example, a smile just four hundredths of a second is sufficient to start a mini-emotional positive developments in others, and makes people see things more positively. Boring subjects become interesting, and interlocutors more closer. And, best of all, these expressions are contagious.

DO NOT BELIEVE THEM
A recent study has confirmed that liars do not smile more than the people who tell the truth. However, they do have more automated smiles. They use the term to divert attention from what they say. But if scientists would asked liars to invent a lie on the spot, they would be confused and spontaneously smiled, indicating discomfort.

SMILE OR EMOTIONS?
You might think that the face simply reflects the feelings, but to some extent it create it. In fact, research has shown that the face can act as a control button: the effect of beautiful smile enhances feelings and serious face reduced them.

MATTER OF TRUST
Facial expressions often affects the decision we have made. In in one study a group of students was asked to imagine that members of the Disciplinary Counsel, which must determine whether a student cheated on the exam. They received information indicating that a student has cheated, and photos of students at some smiling, others have a neutral expression. Almost all the participants who saw the smiling people on photograph thought that those people might not cheated. For them, a smile meant that the person is reliable.

REAL OR TRAINED SMILE?
Not all smiles are natural. There are genuine, spontaneous smiles and the ones that are false. What's the difference? Psychophysiology Gary broke and his colleagues found that the fake smiles on average ten times higher than the spontaneous, probably because their purpose is to be visible. They appear suddenly and disappear. In contrast, spontaneous smile appears more slowly and gradually, but often repeated. They include not only the changes around the mouth, but also around the eyes.

TRUE LOVE OR PASSION?
Is it possible with a smile to detect a difference? Absolutely. Social psychologists believe that deep passionate love and sexual attraction caused by completely different kinds of smiles. Love often show a real smile in society partners. On the other hand, if there is sexual desire but not the love, there is less real smiles. In short, a real smile expresses a desire for partners to be together, while a mouth stretching only suggests passion.

CONFUSING SIGNALS
Men love when women are smiling. In fact, studies show that men are much more attracted to women who are smiling. However, studies have found that a friendly smile for men is often misinterpreted as flirting and sexual interest. On the other hand, women often see a man's smile as a support.

WHO IS SMILING MORE?
Research shows that women are smiling much more than men, especially in the late teen ages and as young adults. It is a time when we send sexual signals. Also, men are less likely to smile back, especially to am other man. But there are times when a smile is the best way of showing masculinity - when men are smiling under duress or out of fear, they try to show others that everything is under control.
Email ThisBlogThis!Share to TwitterShare to FacebookShare to Pinterest
Newer Post Older Post Home