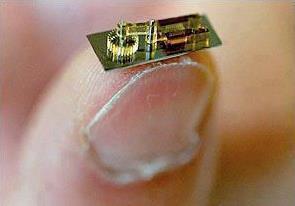 Scientists have created the smallest petrol engine in the world ( less than a centimeter long not even half an inch ), small enough to power a watch or any small gadget. The mini-motor, which runs for two years on a single squirt of lighter fuel, is set to revolutionize world technology. It generates 700 times more energy than a conventional battery. It could be use

d to operate laptops and mobile phones for months doing away with the need for charging. Experts believe it could be phasing out batteries in such items within just six years. The engine, minute enough to be balanced on a fingertip, has been produced by engineers at the University of Birmingham.
Email ThisBlogThis!Share to TwitterShare to FacebookShare to Pinterest
Newer Post Older Post Home