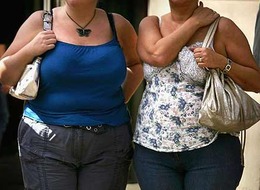 A new study by University of Arizona shows that people who are friends with a lot of obese people are also in a risk becoming obese as well.

If you are surrounded by obese people you are at risk of weight gain because you will often be surrounded by food and watching television and less physical activity. The more obese friends or relatives you have, the greater the chance of becoming obese yourself, according to a new study by University of Arizona.

Obesity can affect the subconscious level: thinner people see obese friends as if they were normal weight, and begin to overeat until they reach the same weight. Influence can be direct: the obese friends can begin to tease slender and knowingly encourage them to eat more food and less exercise.

The study involved 101 women, including 812 close friends and relatives. By comparing the body mass index (BMI) it is found that women who are overweight have a wider circle of relatives and friends who also have problems with obesity.