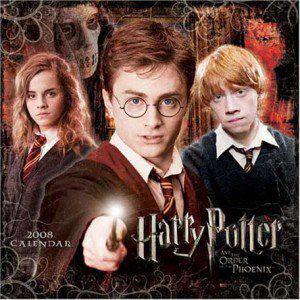 1. The role of Voldemort in the Harry Potter movies have been played by six actors.

2. The word Dumbledore was an early Englishword for a bumblebee.

3. The Harry Potter movie which did the lowest business was $90 million more profitable than the most  successful Twilight movie sequel.

4. Voldemort in French means"fight of death".

5. Shirley Henderson, who plays Moaning Myrtle in the films was 37 years old!

6. The driver and conductors of the bus werenamed after J.K Rowling’s grandfathers.

7. The Weasley twins in the films are not redheads in real life!

8. The author of the Harry Potter series, J.K.Rowling, is the first billionaire author in the world.

9. The King’s Cross Station have erected a board that says"Platform 9 ¾".

10. The original name for the Death Eaters were"Knights of Walpurgis".

11. The motto of Hogwarts School means"Never Tickle a Sleeping Dragon".

12. In a scene in professor McGonagall’s classroom, there were 60 animals on the same set.

13. When filming for one scene, a fruit bat flew into Hagrid’s beard, and became stuck!

14. Among all the animals on the set of the film, the largest animal that was bought was a Hippopotamus.

15. The smallest animal among them was a centipede.

16. In total, there have been over 250 animals used in the Harry Potter movie series.

18. The film has made 588 separate sets and the biggest among them was Ministry of Magic.

19. The steam engine of the train"Hogwarts Express"was built in the year of 1937 and the carriages in 1950.

20. The staircase at Hogwarts has 250 paintings in total.