MUST READ for Girls ♥| 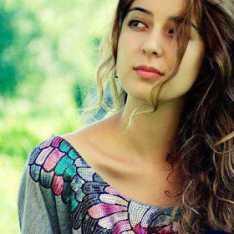 Girls, You know how Guys really are:· Guys melt when you stare at them with your angelic smile. ♥


· Guys look strong but actually they are more emotional than girls. ♥

· Guys may stare at hot chicks all day, but before they go to sleep, they would always think about the girl they truly love. ♥

· When a guy tells you about his problems that time he just needs you to listen and support him.

· A guy literary doesn’t bother about their clothes and hairstyle once he gets his angel. ♥

· When a guy gets angry he wants you to hold his hand and make him calm. ♥

· Guys get jealous when you talk to other guys in front of them and what annoys them even more is when you say “arre baba, we are JUST FRIENDS”. ♥

· Guys love it when you say “Take Care of yourself” after a long conversation.

· A guy would start lying when you become dominating.

· Guys love to see you play with your hair. ♥

· Guys hate it when you mutter and “hmmmmmmm”.

· When a guy sacrifices his Sunday morning sleep and health just to be with you, that means he really likes you and will do anything for you. ♥

· A guy will expect you to support him to fulfill his Big Dreams.

· Guys would try to act normal but their day will be incomplete without listening to your voice. ♥

· When a guy loves you to the core, he would go against this world to get you on any condition. ♥ ♥ ♥
Email ThisBlogThis!Share to TwitterShare to FacebookShare to Pinterest
Newer Post Older Post Home