What exactly is love? Falling in love may feel like a meeting of hearts and minds. But really it's a kind of temporary insanity driven by hormones, scientists say. Julia Stuart reports 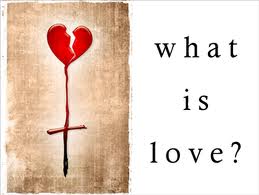 Love can be divided into three entities: lust, romance and attachment, according to anthropologist Dr Helen Fisher, who has been studying the subject for 32 years. These three brain systems can operate in any order and in any combination. You can fall in love with someone before you sleep with them; you can become deeply attached to somebody and then fall in love with them; and you can have a sexual relationship, fall in love and then become deeply attached.

Lust is a craving for sexual gratification, which you can feel for a whole range of people. Those caught up in romantic love focus all their attention on the object of their affection. Not only do they crave them, but they are highly motivated to win them, they obsessively think about them and become extremely sexually possessive. Perhaps illogically, if things go wrong. they are attracted to them even more. During this state the brain is driven by dopamine, a neurotransmitter central to the reward system.

Romantic love is much more powerful than sex drive, says Dr Fisher, of Rutgers University, New Jersey. And she believes it to be a drive, rather than an emotion. "It doesn't have any facial expression, it's very difficult to control and it's one of the most powerful neural systems that has evolved," she says.

The third brain system is attachment - that sense of calm and security you can feel for a long-term partner. It is associated with the hormones vasopressin and oxytocin, which are probably responsible for the sense of peacefulness and unity felt after having sex. Holding hands also drives up oxytocin levels, as does looking deeply into your loved one's eyes, massage, and simply sitting next to them.

LOVE CAN IMPROVE YOUR HEALTH

Love can be good for your health. If you are married, or happily cohabiting, in the long term you will suffer from less depression and live significantly longer than those who are single, divorced or widowed. But to get the full health benefits, you have to pick the correct partner, argues Dr Raj Persaud in Simply Irresistible, the Psychology of Seduction.

The lowest mortality rates were found in those who were named by their partner as a key source of emotional support and closeness, but who themselves actually named someone else as the one special person in their life.

For both husbands and wives, the worst mortality rate was found in partners neither of whom named the other as the special person on whom they relied for emotional support and closeness.

Choose the wrong partner and you could be in trouble. Research suggests that an unhappy marriage raises your chances of developing clinical depression by around 30 per cent. Women who divorce are 60 per cent more likely to get heart disease in later life than those who stay married, according to research from Texas University.

A 10-year study of around 10,000 men and women in the Journal of Marriage and the Family found that the danger is gender-specific: among men, marital loss has a negligible effect on the risk of heart disease. The reason for this is not clear, though it may be that women tend to value themselves more in terms of family relationships, while men value themselves primarily in terms of their occupation.

A study of 101 divorced women by the US-based Veterans Affairs group found that marital dissolution can significantly increase their risk of suffering mental and physical health problems. The risk is highest among younger women who described their marriages as "harmonious".

Scientists have discovered that certain parts of the brain become deactivated when we're in love, including areas linked with negative emotions, planning, critical social assessment, the evaluation of trustworthiness and fear.

Biological studies have found that this phase of reduced cognitive function, during which faults are ignored, can last from one to two and a half years. This temporary state of delusion has a vital human function. If we immediately saw all our partner's faults, we would be less likely to form a stable relationship in which to produce children.

And it is just as well that it is short-lived: romantic love is has an enormous metabolic cost. "I think romantic love evolved to enable people to focus their mating energy onto just one person at a time, thereby conserving mating time and energy," says Dr Fisher. "It's not conducive to real life to live in this state for 20 years because you're distracted by it, you can't think of other things, you forget what you are doing, you probably don't eat properly, you certainly don't sleep well and you go through highs and lows."

Problems can arise when the pink mist eventually lifts and we see our loved one for what they really are - as flawed as we are. It may to wise to wait until brain function is fully restored before making a decision to marry. By then you may well feel sufficiently attached to your partner to put up with their irritating habits. "I think attachment evolved to tolerate someone at least long enough to rear a child together," says Dr Fisher. But don't dismay that the best bit is over once lucidity returns. Couples can feel peaks of romantic love throughout their relationship.

WHAT BECOMES OF THE BROKEN-HEARTED?

Death rates rise significantly after the death of a spouse. In one of the largest scientific studies of its kind, the Population Research Unit at the University of Helsinki found that mortality rates were more than three times higher for men compared to women.

For both genders they are at their highest during the first week after the death of the spouse, and then they drop slowly but steadily during the following six months. The unit also found that the number of people dying as a result of blocked arteries around the heart rose dramatically after the death of a spouse.

"So it appears that the hearts of men, predominantly, often cannot cope with the grief of losing a life partner," says Dr Raj Persaud. "These men are literally dying from a broken heart. One theory is that the grief of losing someone as close to you as a marriage partner is one of the greatest strains it is possible to face, and this enormous stress has a direct and deleterious effect on your physical health, in particular the cardiovascular system. Women perhaps cope with the stress of grief better than men because expressing emotional turmoil, venting distress, confiding in others and using formal resources such as psychotherapy are all more feminine strategies. Men tend to remain silent and keep feelings of distress and anxiety to themselves."

Dr Helen Fisher and her team gave MRI scans to 17 people who were happy in love and 15 who had been rejected in love. The latter had been brokenhearted for an average of 63 days. In this group, they found activity in a region of the brain called the nucleus accumbens, which has a high number of dopamine receptors. "It suggests that when you have been dumped you love that person more," says Dr Fisher. Activity was also found in parts of the brain associated with risk-taking, physical pain, obsessive-compulsive behaviour, controlling anger and theory of mind - imagining what the other person is thinking.

"It made me understand a little bit more about why people become so depressed," says Dr Fisher. "You're intensely in love, you have just been rejected, but you are still in love, if not even more so, and you are willing to take enormous risks. You are in physical as well as psychological pain, you are obsessing about this person, you are trying to control your anger and you're trying to evaluate what to do next. You are in a very uncomfortable state. No wonder so many crimes of passion take place."

If the stress of arranging a wedding doesn't kill you, there is a higher-than-average chance of keeling over immediately after you've got hitched. For both men and women mortality rates rise in the period just after the wedding day, according to a recent survey of over 12,000 German adults.

The stress of a new situation may be a factor, as well as a profound change in living circumstances. "Marriage is often associated with a geographic move for at least one partner," says Dr Persaud. "The spouse who moved may have had to cut emotional networks and change social interaction patterns and daily routines. However, after two years, the research suggests, married partners adapt to their new life and the mortality rate starts to improve compared to unmarried people."

'Til death do us part

* A study published in the Journal of Sex Research found that attractive people flirt more, even those with partners.

* Researchers found that one in four marriages continues because partners couldn't find a better alternative. 'Staying together for the sake of the children' was the most common reason.

* Research suggests that to help maintain a successful relationship you should say five positive things to your partner for each negative statement about them.

* When scientists gave MRI scans to 32 people who were madly in love and showed them a picture of their partner, it activated the part of the brain that responds when you feel the rush of cocaine.

* Obstacles heighten romantic love. If you fall in love with the person who lives next door, and they're happily married, you could be suffering for decades.

* Researchers found that the first three minutes of a married couple's argument indicate whether they will get divorced within six years. Those who engage in critical statements such as "you always" or "you never" are more likely to split up.