Fruit juices reduce the effectiveness of heart and cancer drugs 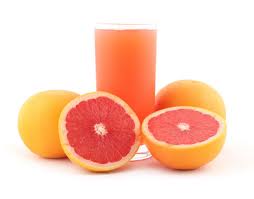 Fruit juices including Grape Fruits, Orange and Apple can dramatically reduce the effectiveness of heart and cancer drugs. Potentially the medicines could be rendered useless if they are taken at the same time as drinking juice, Canadian researchers said.The evidence emerged from a study in which grapefruit juice was found to shut certain drugs out of the body.Other fruit juices, notably orange and apple, are thought to have the same effect.

Patients consuming fruit or juice to be healthy run the risk of wiping out the benefits of their medicines — among them vital treatments for heart disease, cancer, organ transplant rejection and infection, the scientists warned. For 20 years it has been known that grapefruit juice can boost the potency of some drugs, increasing the risk of an overdose. Some prescription drugs now carry labels warning patients not to drink grapefruit juice or eat fresh grapefruit at the same time as taking the medicines.

The new research, presented at the national meeting of the American Chemical Society in Philadelphia in America, shows that taking fruit juices with drugs may negate their effects. In tests, healthy volunteers took fexofenadine — an antihistamine used to fight allergies. They swallowed the drug with either a single glass of grapefruit juice, water containing naringin — the chemical responsible for the fruit’s bitter taste –or plain water. When the medicine was taken with grapefruit juice, only half as much of the drug was absorbed into the body as it was with water.

Study leader Professor David Bailey, from the University of Western Ontario in London, Ontario, said losing half of a drug dose could be critical.” The concern is loss of benefit of medications essential for the treatment of serious medical conditions,” he said. Grapefruit, orange and apple juices all lowered the absorption of the anti-cancer agent etoposide, Prof Bailey added. They also reduced the potency of certain beta blockers — used to treat high blood pressure and prevent heart attacks